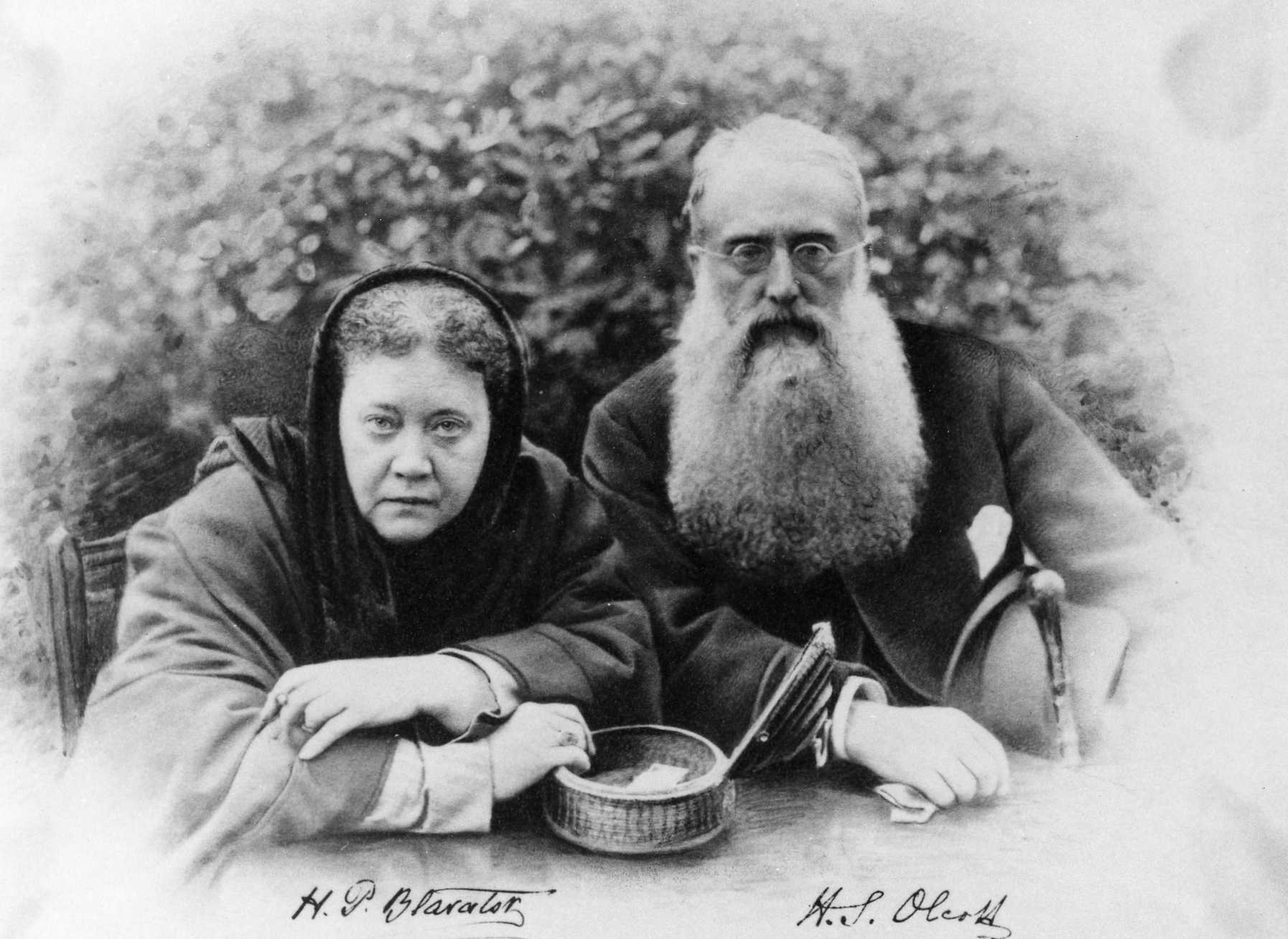 Posted at 20:08h in History by Nicole Scott 0 Comments
0 Likes
Share
If Theosophy means more than simply an intellectual exercise, if the theosophical philosophy has brought meaning and a sense of purpose to our lives, and if we have come to understand what might be the cause of that subtle yet persistent attraction within us beyond our mind and hearts, then we owe a debt of gratitude to the founders of the Theosophical Societyestablished in New York on  November 17, 1875.
While there were seventeen persons at the meeting on the day it was suggested, it was Col. Olcott and Madame Blavatsky through whom the theosophical cause was born.  We and several dedicated groups that blossomed out of the Society, all the unaffiliated students of theosophy, and those who are supportive of each and every group, are inheritors, the heirs, to that which was bequeathed to us…and yet, there is the Theosophical Society and there is the Theosophical Cause.  Where did Blavatsky’s loyalty lie?
In Collected Writings, Vol. 11 [A Puzzle from Adyar] it is said “H.P.B. is loyal to death to the Theosophical CAUSE, and those great Teachers whose philosophy can alone bind the whole Humanity into one Brotherhood.  Together with Col. Olcott, she is the chief Founder and Builder of the Society which was and is meant to represent that CAUSE; and if she is so loyal to H.S. Olcott, it is not at all because of his being its ‘President,’ but, firstly, because there is no man living who has worked harder for that Society, or been more devoted to it than the Colonel, and, secondly, because she regards him as a loyal friend and co-worker. Therefore the degree of her sympathies with the ‘Theosophical Society and Adyar‘ depends upon the degree of the loyalty of that Society to the CAUSE.”

Let us think on this and on the attachment as we observe Founders’ Day in our hearts. 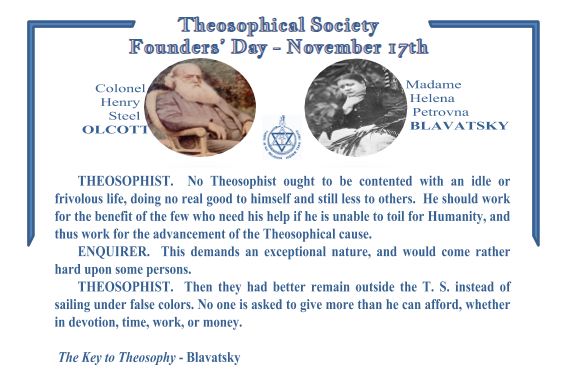